These are some of the programs we are broadcasting and streaming to commemorate important people and events in Black history.

MUHAMMAD ALI "Round One: The Greatest (1942-1964)"
Encore – Wednesday, January 26, 9 pm
Boxer Cassius Clay rises up the amateur ranks to win gold at the 1960 Olympics. He turns professional, sharpening his boxing skills and honing his genius for self-promotion. In 1964, he upsets Sonny Liston to become heavyweight champion.

IN THEIR OWN WORDS “Chuck Berry”
Encore – Tuesday, February 1, 8 pm
Take a riveting ride on the Chuck Berry train, exploring the life of the man behind the music. By blending “hillbilly” music with R&B and writing impactful lyrics, Berry birthed a renaissance in popular music we now call rock and roll.

FINDING FELLOWSHIP
Premiere – Tuesday, February 1, 10 pm
Following the assassination of Martin Luther King Jr., three racially segregated churches consisting of a Black congregation and two white congregations in Quince Orchard, MD, voted to merge into one. Finding Fellowship shares how a community came together despite a rocky transition, and how they have celebrated more than 50 years of purposeful integration.

MUHAMMAD ALI “Round Two: What’s My Name? (1964-1970)”
Encore – Wednesday, February 2, 9 pm
Cassius Clay publicly joins the Nation of Islam and takes the name, Muhammad Ali. When he refuses induction into the Army, he is stripped of his title and forced into exile. After three years, he returns to the ring, but he's lost a step.

INDEPENDENT LENS "Mr. Soul!"
Encore - Sunday, February 6, 2:30 pm
The public television variety show, SOUL!, shared Black culture with the nation. Developed by Ellis Haizlip in 1968, it was one of the first platforms to promote the vibrancy of the Black arts movement in and Its impact continues to this day.

INDEPENDENT LENS “Owned: A Tale of Two Americas”
Premiere – Monday, February 7, 9 pm
Is the "American Dream" of home ownership a false promise? Postwar housing policy created the world’s largest middle class, but it set two divergent paths – one of perceived wealth and the other of systematically defunded, segregated communities.

FINDING YOUR ROOTS “Fighters”
Premiere – Tuesday, February 8, 7 pm
Henry Louis Gates, Jr. sits down with Terry Crews and Tony Danza, both guests who overcame adversity, to discover they aren’t the first in their families to beat the odds through sheer force of will.

AMERICAN MASTERS “Marian Anderson: The Whole World in Her Hands”
Premiere – Tuesday, February 8, 8 pm
Discover an international singer who captivated royalty in Europe and defied the conscience of 1939 America. Watch rare archival footage and hear audio recordings exploring her life and career from the Metropolitan Opera to the State Department.

MUHAMMAD ALI“ Round Three: The Rivalry (1970-1974)”
Encore – Wednesday, February 9, 9 pm
Muhammad Ali battles his fiercest rivals, Joe Frazier and the U.S. government, as he attempts to regain the heavyweight title. He first loses to and then defeats Frazier, but he will have to beat George Foreman to become champion again.

THE BLACK CHURCH: THIS IS OUR STORY, THIS IS OUR SONG
Encore – Sunday, February 13 and 20, 2:30 pm
A Sunday afternoon encore of this two-part special from Henry Louis Gates, Jr., traces the 400-year-old story of the Black church in America. It reveals how Black people have worshipped and, through their spiritual journeys, improvised ways to bring their faith traditions from Africa to the New World, while translating them into a form of Christianity that was truly their own.

FINDING YOUR ROOTS “Forgotten Journeys”
Premiere – Tuesday, February 15, 8 pm
Henry Louis Gates, Jr. helps John Leguizamo and Lena Waithe retrace the paths of their ancestors, uncovering crucial pieces of their own identities that were lost on the journey to America.

AMERICAN EXPERIENCE “The American Diplomat”
Premiere – Tuesday, February 15, 8 pm
Discover how three Black diplomats broke racial barriers at the U.S. State Department during the Cold War. Asked to represent the best of American ideals abroad while facing discrimination at home, they left a lasting impact on the Foreign Service.

MUHAMMAD ALI“ Round Four: The Spell Remains (1974-2016)”
Encore – Wednesday, February 16, 9 pm
Muhammad Ali shocks the world by defeating George Foreman, winning back the heavyweight title and becoming the most famous man on earth. After retiring in 1981, he travels the world spreading his Islamic faith and becomes a symbol of peace and hope.

FINDING YOUR ROOTS “Songs of the Past”
Premiere – Tuesday, February 22, 7 pm
Henry Louis Gates, Jr. accompanies Broadway stars Leslie Odom, Jr. and Nathan Lane as they meet a cast of inspiring ancestors hidden in the branches of their family trees.

FANNIE LOU HAMER’S AMERICA: AN AMERICA REFRAMED SPECIAL
Premiere – Tuesday, February 22, 8 pm
Explore and celebrate the life of a fearless Mississippi sharecropper-turned-human-rights-activist and the injustices in America that made her work essential.

JOHN LEWIS – GET IN THE WAY
Encore – Tuesday, February 22, 9:30 pm
Follow the courageous journey of John Lewis, whose unwavering fight for justice spanned the past 50 years, from his youth in the segregated South, through his leadership within the Civil Rights movement, to his role as a powerful voice in Congress.

The remarkable life of a fearless Mississippi sharecropper-turned-human-rights-activist. 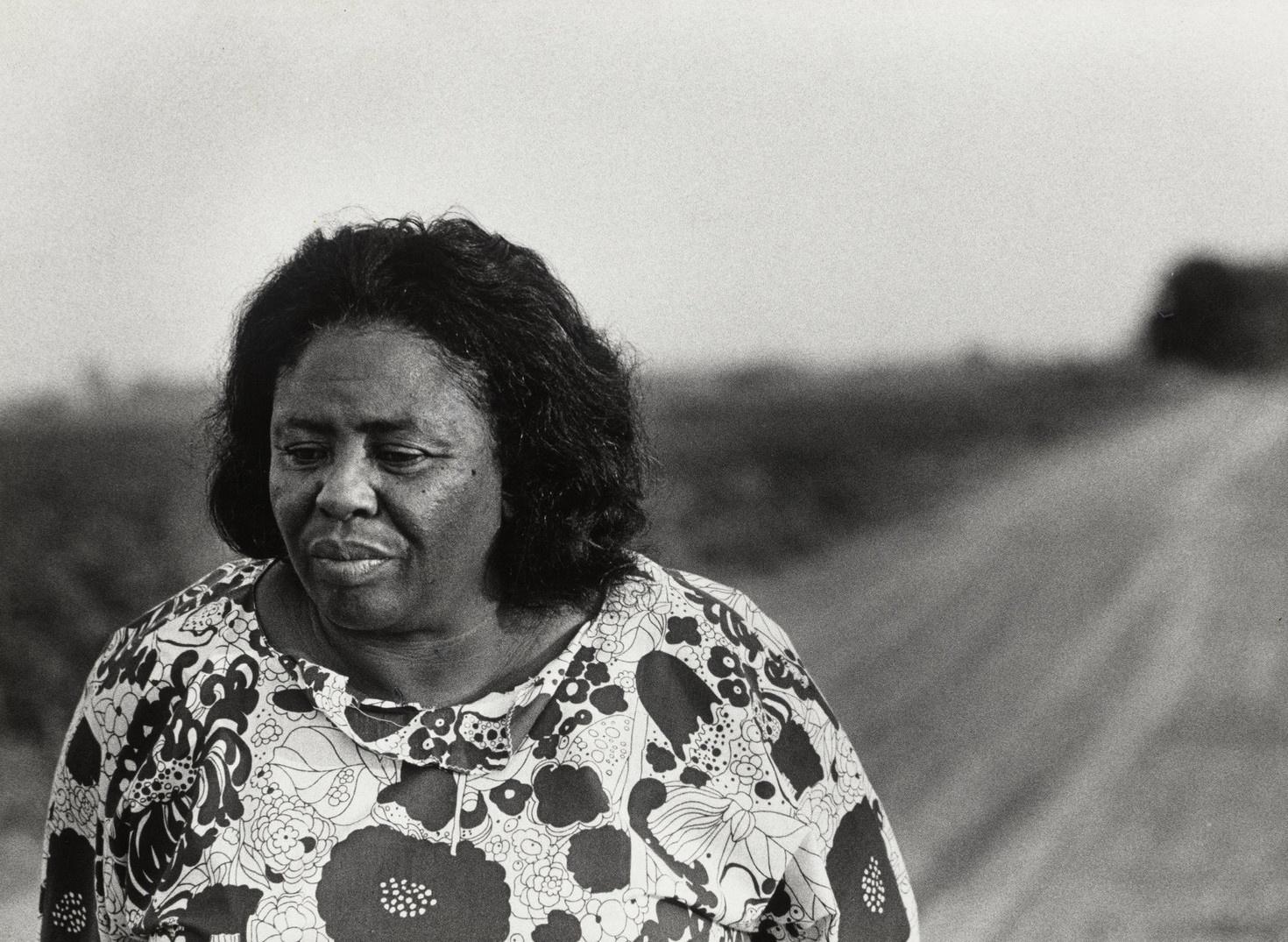 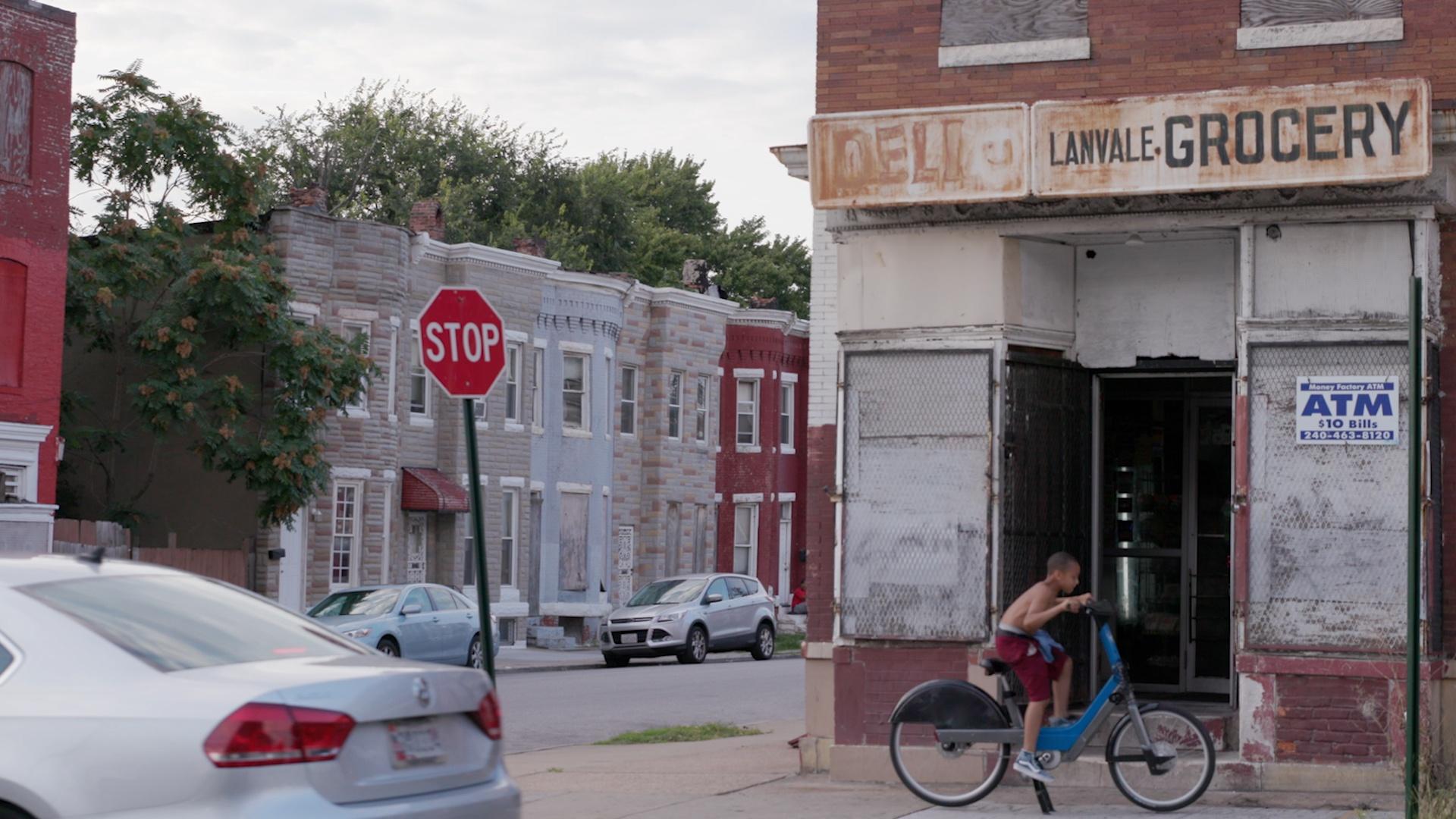 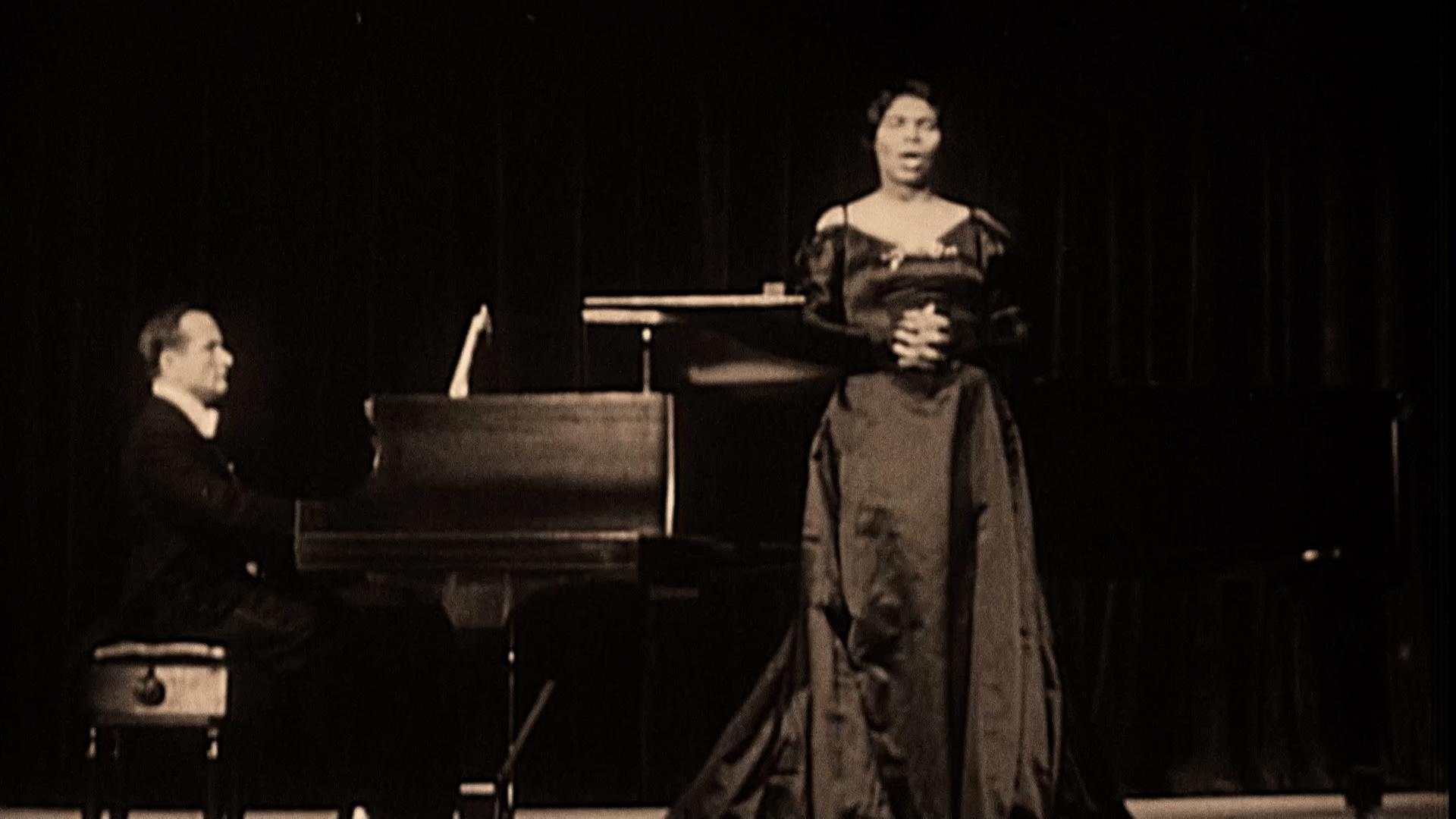 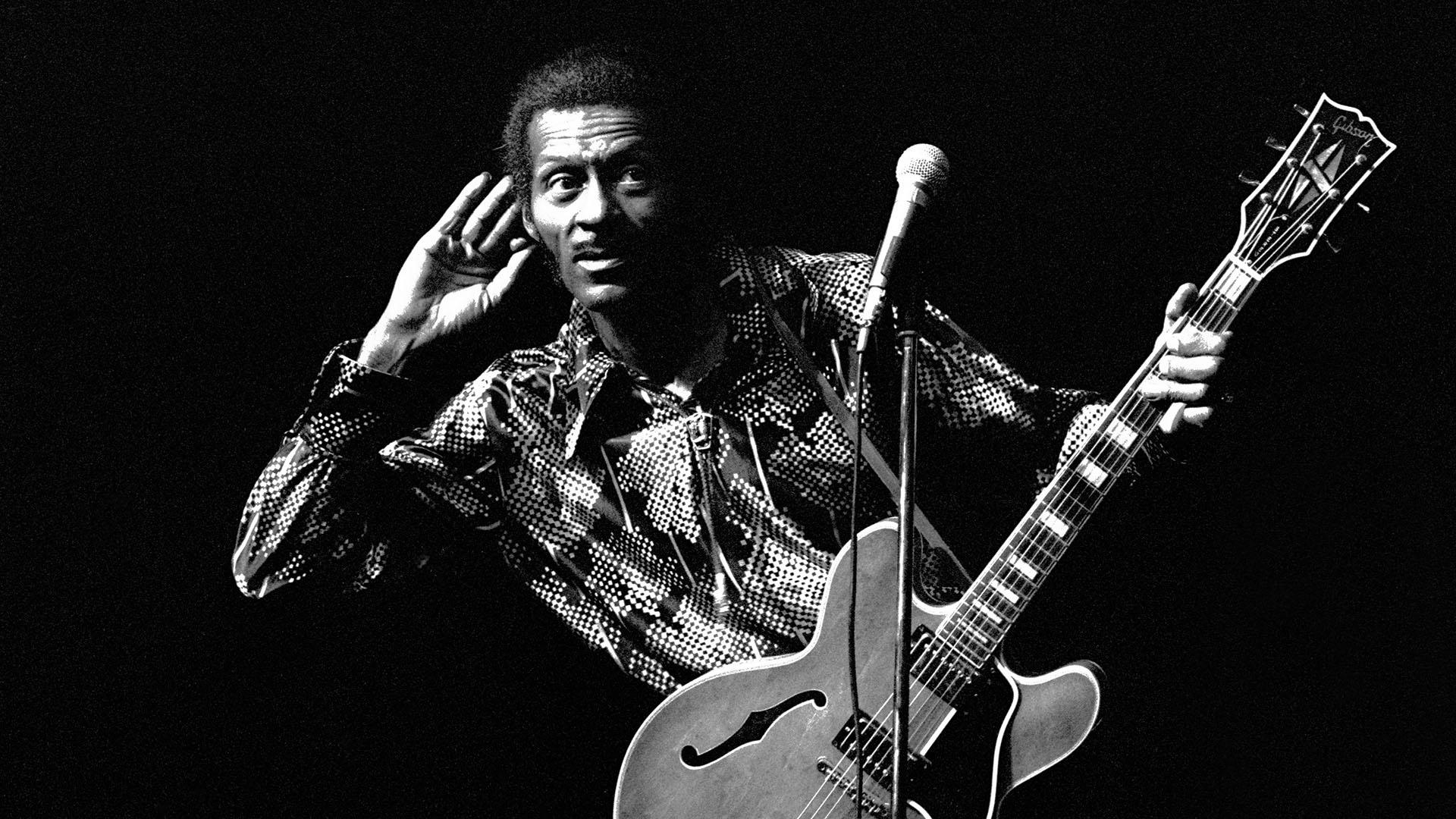 In Their Own Words
Episode 2 Preview | Chuck Berry 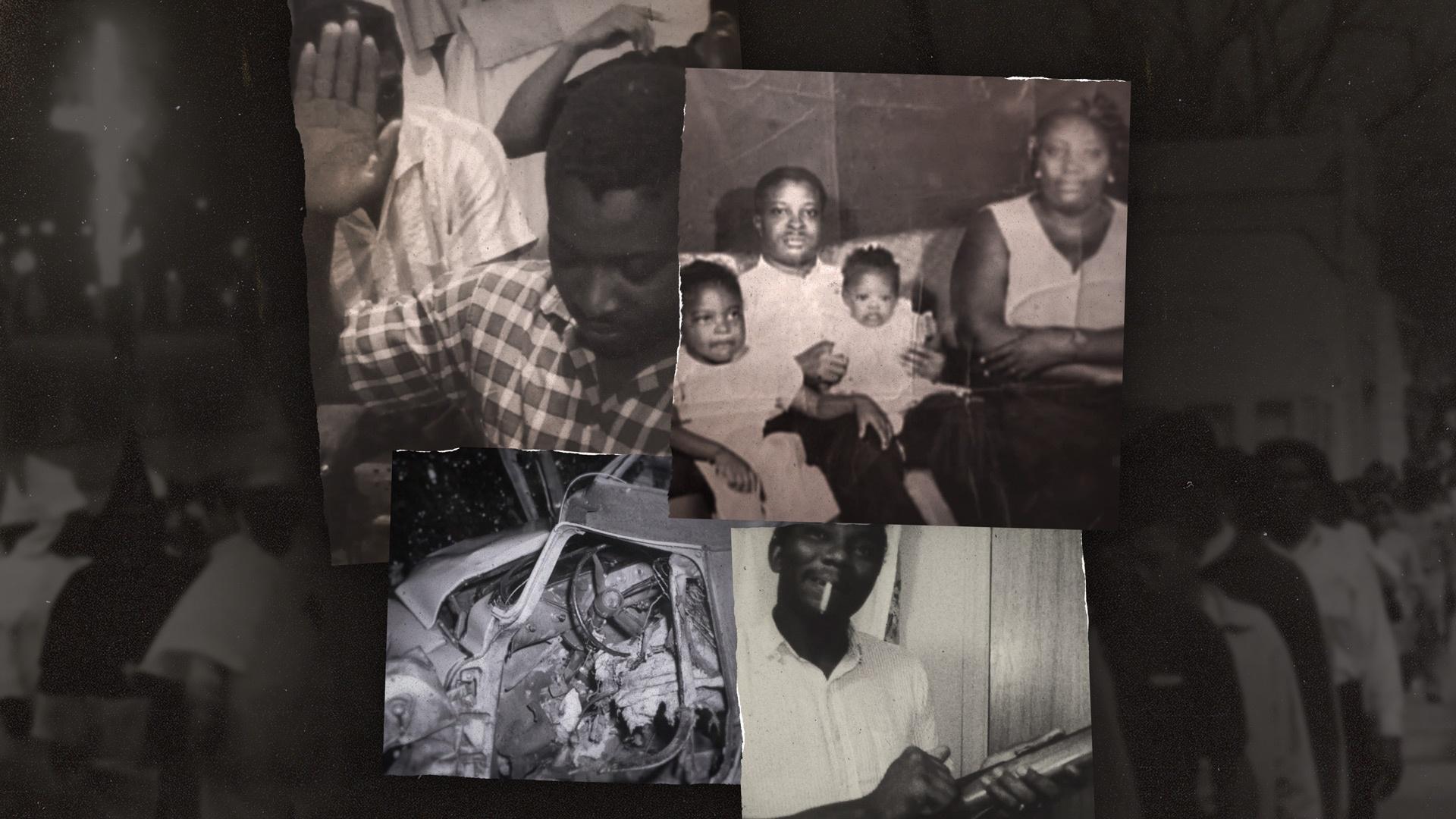 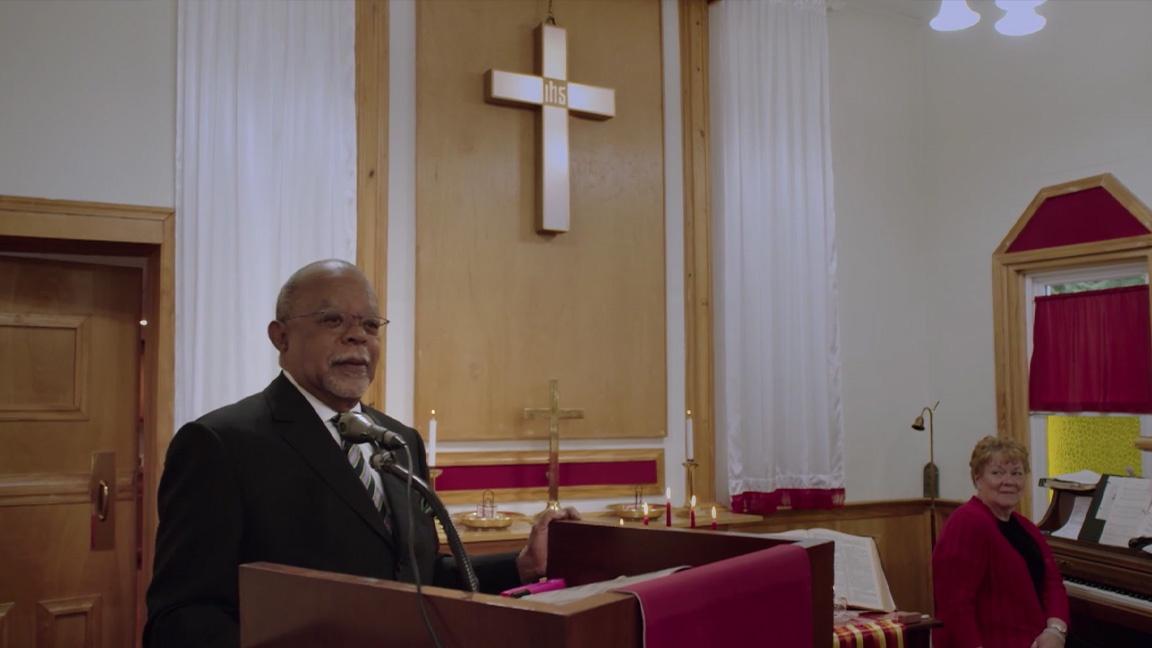 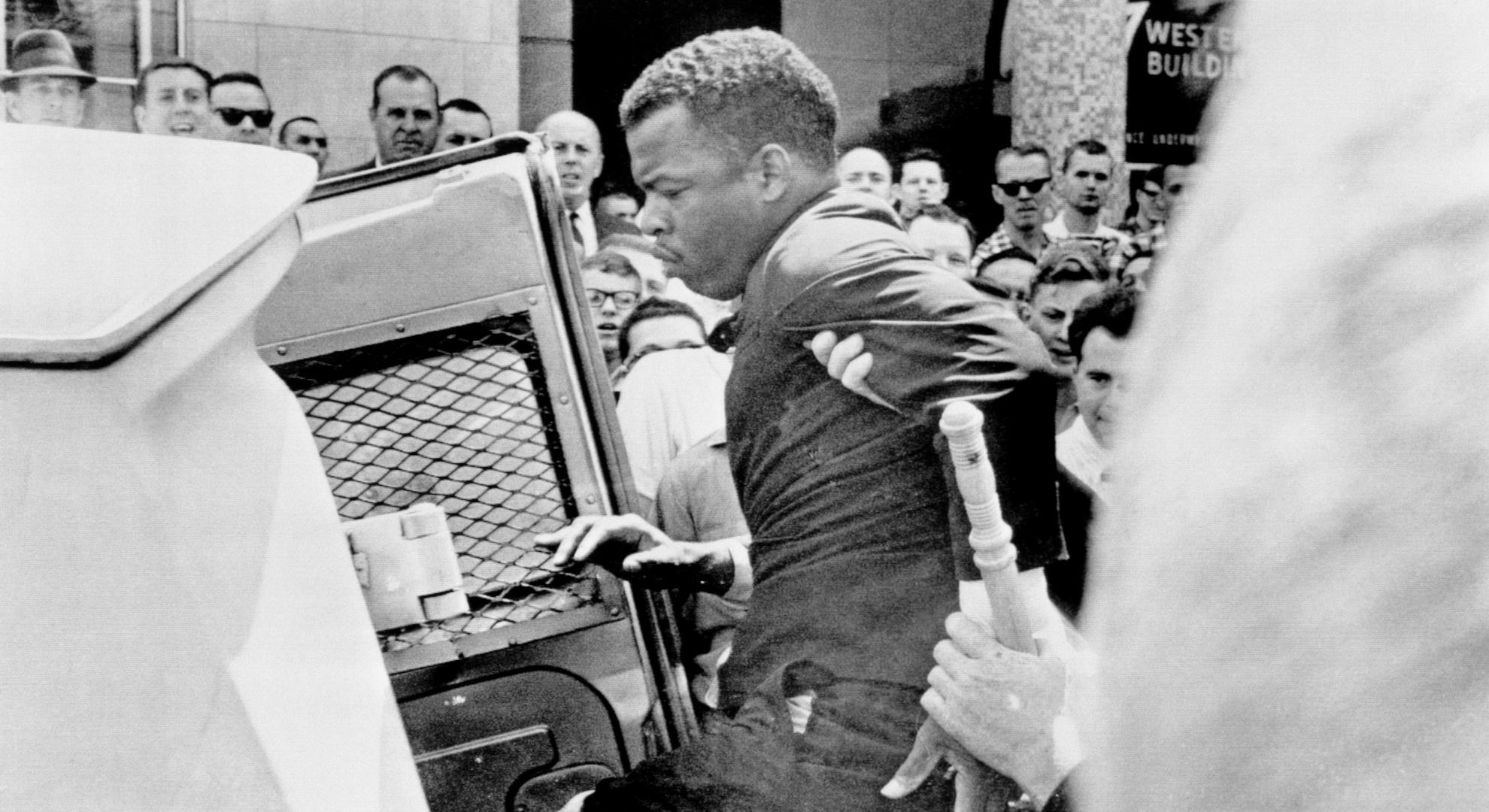 John Lewis - Get in the Way
The Nashville Sit-Ins 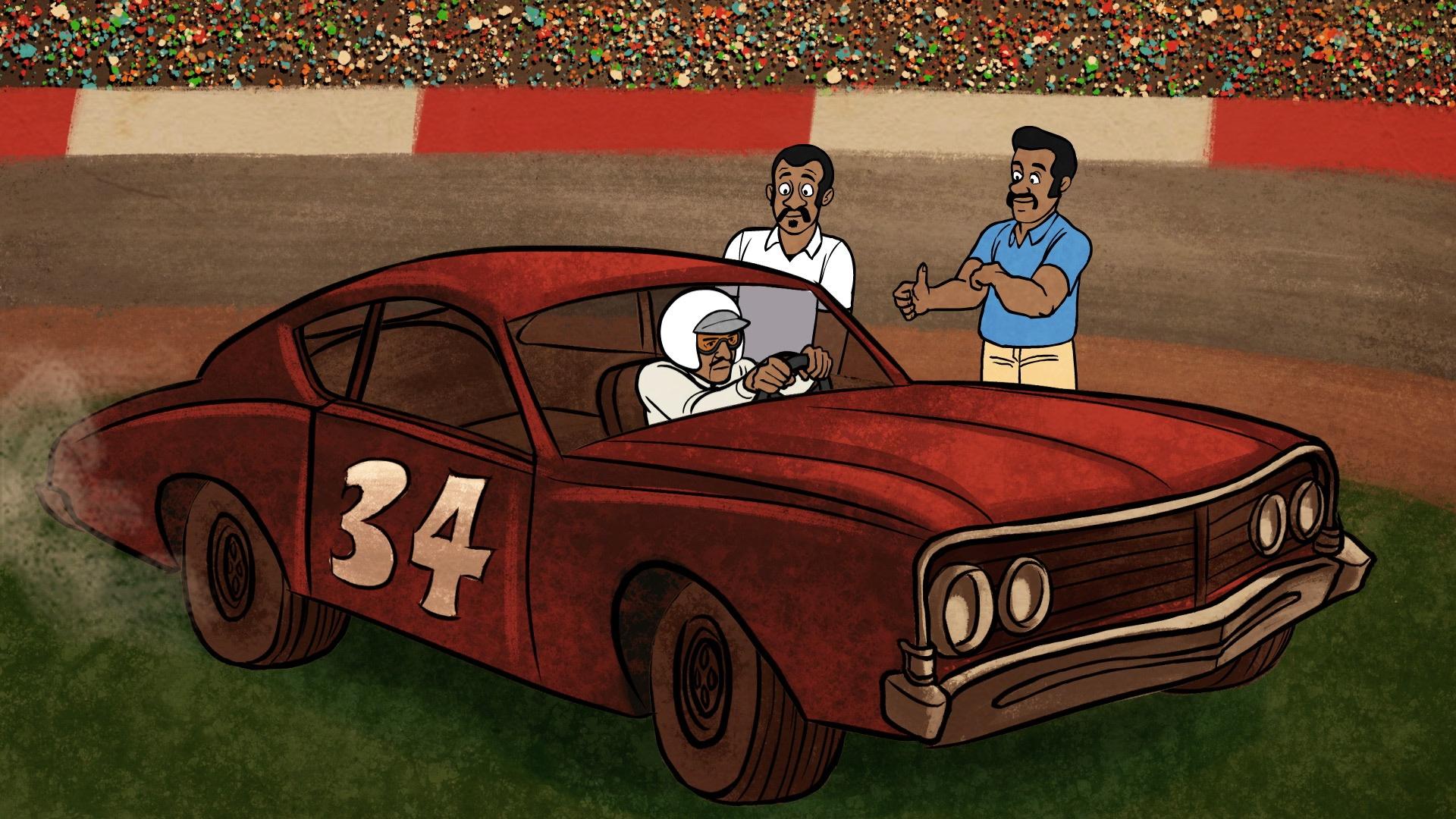 POV
StoryCorps Shorts: You Move Me 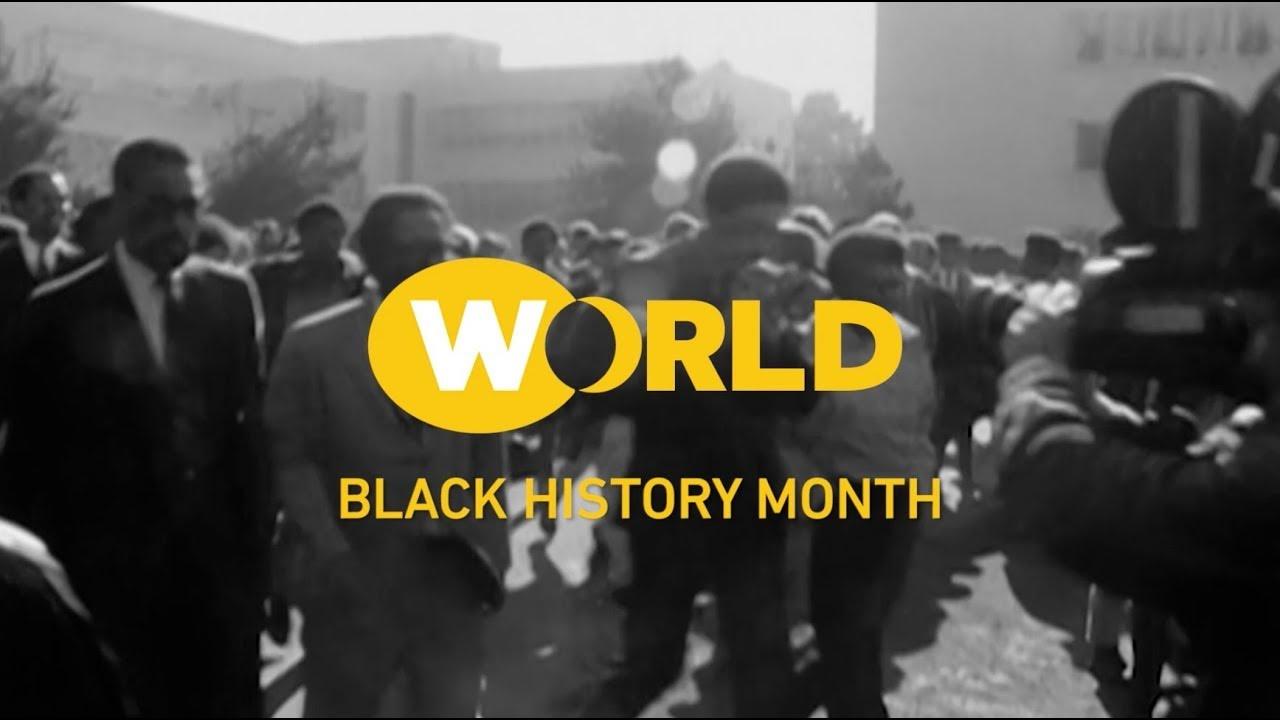 Join us on the Nine PBS World Channel and at WorldChannel.org for more Black History Month programs throughout the month of February. 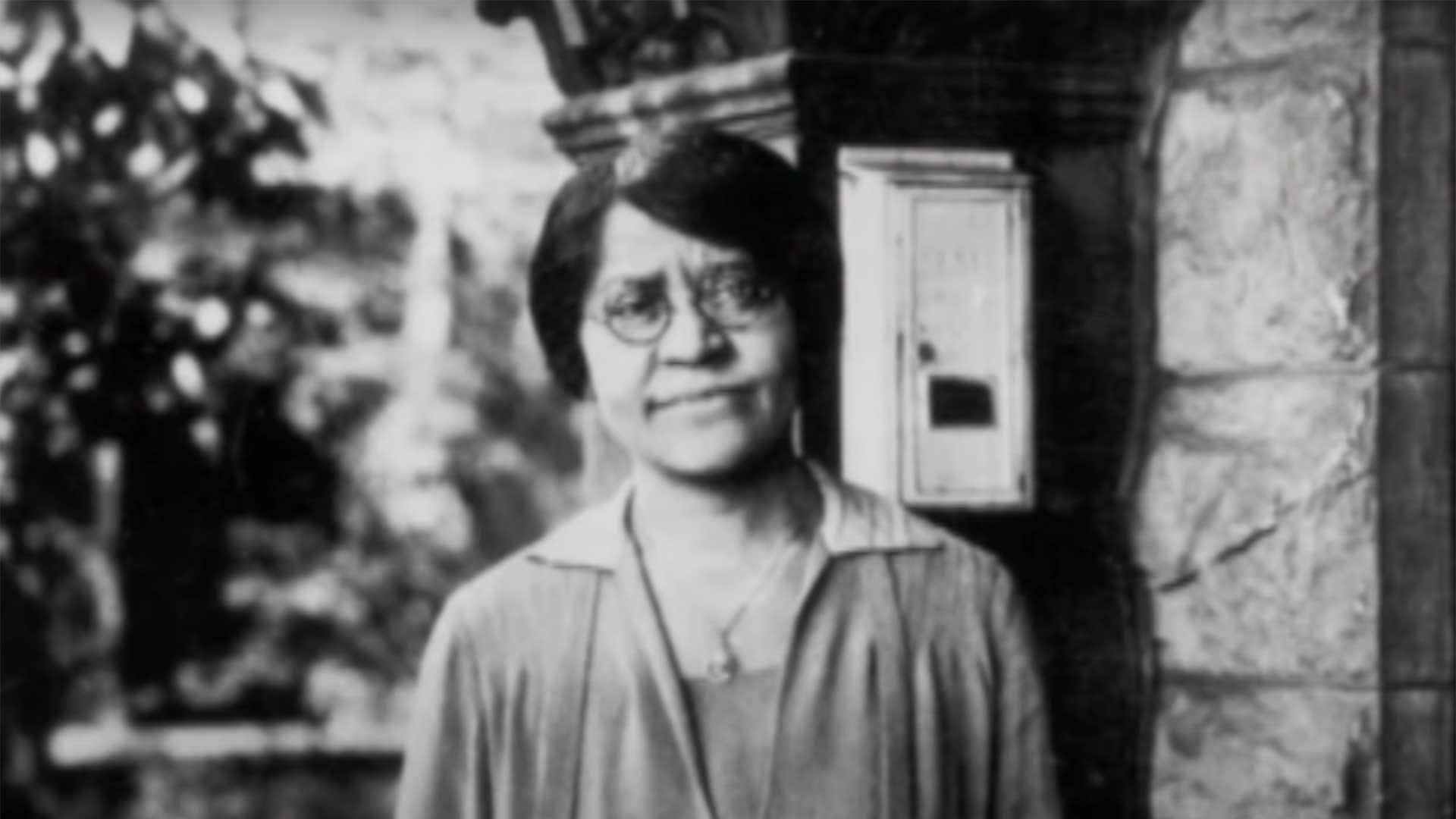 We're bringing you a vast Black History Month playlist featuring Living St. Louis segments that tell the stories of the people, places and events that make our region what it is today.